Arcomat is a manufacturer of urban billboards. Customers are typically advertisers displaying information in cities and public authority displaying news for their citizens.

Arcomat was looking for an IoT solution to monitor its urban displays, to enable predictive maintenance and prevent downtime.

Outdoor screens can be very useful for city planners as they can be used to display a multitude of important information, such as traffic warnings, public announcements, road works and maintenance updates or event notifications. They can also display advertisements, generating vital income for the public authorities. However, there can be challenges with these systems. Urban displays are in constant use, often in an outdoor environment, so they have to be very robust and reliable. Some involve paper-based posters on a revolving carousel, which means that the mechanical engine needs to be monitored to make sure it is working optimally. If the displays are breaking or going offline then repair crews will have to drive onsite, at significant expense. It also means that advertisers cannot maximize the exposure of their publicity or city dwellers may not receive information they need, impacting their daily life.

In addition, urban displays need to have very strong security. Because these are situated in public locations, they can be targets for hackers who can use them as a Trojan horse to gain access to sensitive data systems run by the public authority. Potentially hackers could gain control of the screens allowing them to choose the information that is displayed.

Finally, IoT systems can be notoriously difficult to get up and running. Advertisers and Public bodies want a system that is reliable, easy to use and has a short time to revenue (TTR), to minimize the overall cost of the project.

By working with Sierra Wireless and IoThink, we’ve been able to launch a cost-effective urban displays’ monitoring solution.

Sierra Wireless’ FX30S device is designed to collect and transmit detailed IoT data from a range of different interfaces, allowing it to track how individual components and pieces of equipment are performing. It is small, rugged and durable, which makes it perfect for urban information displays that are frequently situated outside and are subject to the elements. The FX30S device is also built for low power consumption – under 1W in idle mode and less than 2 milliwatts (mW) in ultra-low power mode, which extends the battery lifetime for urban displays running on battery with solar panels.

In addition, Sierra’s Octave™ data orchestration platform has been integrated with the KHEIRON IoT suite from IoThink.

Interoperable, user-friendly, and multi-tenant, the KHEIRON platform allows Arcomat users to visualize in real time the data coming from the FX30S Octave devices, to quickly analyze it and, whenever necessary, to export it. The dashboard has been customized according to Arcomat needs and is used to display the following information: operating time, battery status, number of posters as well as the number of panel faults, thanks to the charts and the events chronology table.

Hosted on Microsoft Azure when used in SaaS mode, which makes it perfectly scalable, IoThink Solutions’ platform, KHEIRON, can address any type of IoT project, from the connection of a few sensors to the deployment of bigger projects with a high volume of devices, through a simple cloud API to OctaveTM data orchestration platform.

Octave is an end-to-end solution. It provides edge devices to extract data from the Arcomat equipment, and also cellular connectivity and distributed processing engines that securely transmit sensor data over low-power cellular networks to the KHEIRON IoT suite. Engineers at IoThink did not have to build an IoT infrastructure from scratch; instead, they were able to rely on Octave and focus on what matters most – the data from Arcomat equipment.

Arcomat’s equipment supports Modbus, a standard industrial protocol, making the process of extracting and processing data straightforward with Octave, such as number of ads inside the billboard, current display status or default code. Modbus is popular for enabling communications between programmable logic controllers (PLCs) and other industrial equipment, and is one of the protocols supported for connecting to your asset in Octave.

Octave’s Modbus feature does not perform any built-in data manipulation. Instead, customers can use the Octave interface to configure the Modbus registers based on the exact needs of the customer’s equipment. This includes defining the polling frequency, and using either edge actions or cloud actions to manipulate register values as required.

A key feature of Octave is its interoperability with external, third-party cloud systems to both send and receive information. There are different ways to programmatically set up communications between Octave and these cloud systems. One example is to send data from Octave by invoking third-party Rest APIs through cloud actions. Alternatively, a company could use a cloud connector such as HTTP or IoT Hub to link to Microsoft Azure. This is the approach that has been used by IoThink to send data from Octave to KHEIRON, which is hosted on Azure.

Pushing changes from the cloud to the edge

Octave offers the flexibility to easily customize and update Arcomat’s remote monitoring application. KHEIRON can push commands, configuration parameters and edge action code through Octave to instantly change the settings and the mission profile of the controllers in the urban display units.

Because Octave comes with built-in connectivity, it can dynamically select and automatically connect to the best available cellular network from 600-plus partner networks in more than 190 countries. Further, by using Octave to process data at the edge, IoThink needs to only send relevant information to the cloud, which reduces the overall data consumption of the IoT application.

By partnering with Sierra Wireless and IoThink, Arcomat was able to realize a number of benefits, including:

IoThink’s outstanding support as an Octave partner ensured that the Arcomat IoT project progressed smoothly and to planned timescales. IoThink worked very closely with Arcomat to specify and develop its dashboard and to deliver it in record time.

“With Octave’s Modbus support, it was possible to extract the data from the Arcomat controller and process it at the edge to report data or alerts in a timely fashion to the cloud,” said Julien Dalmasso, managing director at IoThink. “We’ve been able to focus our efforts on the development of the sensor business application, to add value to the data on the cloud side for Arcomat.”

IoThink is a software company that creates customizable platforms for the industrial IoT, allowing companies to monitor, analyze and control a wide range of connected devices. Learn more about IoThink or find out how Octave is helping companies simplify their IoT journey here: https://iothink-solutions.com/iot-platform-kheiron/ 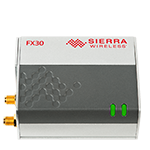 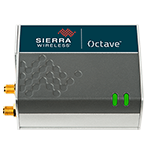