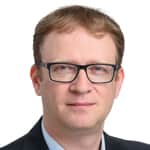 Sony Semiconductor Israel (formerly Altair Semiconductor) was once again delighted to team up with Sierra Wireless for a second webinar focusing on low-powered LTE-M and NB-IoT applications.

What will 5G bring to LTE-M and NB-IoT?
With Release 15 scheduled for completion in June, one of the International Telecom Union’s (ITU) requirements for 5G is “massive IoT,” to the tune of one million devices per square kilometer. Therefore, capacity improvements will be a central feature, facilitating narrowband transmission, flexible scheduling and higher order modulation. We can also expect significant current consumption improvements – after all, when it comes to the IoT, there’s no such thing as too low a current. Time Division Duplex (TDD) will be added for NB-IoT – already a feature of LTE-M; and new radio access (NR) technology will be added, allowing LTE-M and NB-IoT to co-exist and be deployed together in the same spectrum.

What is required to upgrade to 5G LPWA?
Commercialization will take another 2-3 years and so standards are not yet set in stone. However, the way they are currently written suggests that many features on the device side will be upgradeable to 5G by software means only. The assumption is that the infrastructure on the network side of things will similarly be upgraded via software. We certainly don’t envision people deploying new networks – at least for the IoT.

Will eDRX and PSM ever get added to LTE Cat-1 devices?
These features are both category agnostic – PSM (Power Saving Mode) came with Release 12, while eDRX (Extended Discontinuous Reception) was a feature of 3GPP Release 13 – and we are already seeing some advanced networks deploying these features very successfully. While not all devices are there yet (and may not be for some time), some markets have already enabled eDRX devices on CAT-1 networks.

Can GNSS positioning work while a modem is in PSM or eDRX mode?

This is an interesting question and one that depends on the implementation. Some solutions will be completely independent with GNSS able to work in parallel with both PSM and eDRX modes or when the device is active. With other devices, GNSS will still function while the device is in sleep mode, achieved by the reuse of some aspects of the device’s hardware. This second scenario will further reduce the cost of the device – another important consideration for LPWA.

How will LTE-M and NB-IoT devices be ‘woken up’ from the network?

This is a difficult question as there are various solutions are currently emerging from different areas. The ideal and most natural method is via an IP Push, with the network attempting to reach the device by sending an IP packet. Given that devices and commercial networks will be supporting IPv6, this is one of the best ways to reach the device by using a static IPv6 address so the device is directly reachable. However, if IPv4 is used, this will only be feasible for networks with long NAT (network address translation) timeout sessions; or that can keep an IP connection alive for the device to send IP packets to the network. Alternative (and less desirable) solutions involve sending SMS messages or voice calls to wake the device up. The main disadvantages of these, particularly for SMS messaging, comes down to cost and complexity – not all cloud vendors can send SMS while operators charge for each message or call. However, sending SMS is embedded into Sierra Wireless’ network infrastructure, removing the complexity. A final option could be the use of a carrier messaging service. However, even though there is a standardized message service defined by 3GPP, it is not yet available commercially so pre-standard versions have been deployed.

These were just a few of the many questions raised in our webinar LPWA Expert Panel: Answering Your Questions on Designing Low Power IoT Applications, broadcast on April 26, 2018. If you missed it, watch the on-demand replay.

This post also appears on the Altair LTE Blog.