5G and the Future of Commercial Security Surveillance 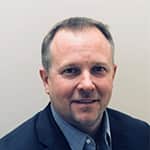 Many commercial security surveillance networks are connected with mobile wireless because it offers greater location flexibility and better data security than Wi-Fi. Since mobile networks are ubiquitous, they are ideal for outdoor deployments that span large areas. In addition, mobile carriers encrypt their traffic, unlike Wi-Fi systems, so the video streams are protected against hackers.

As the world moves from 4G mobile technology to 5G technology, video surveillance applications are poised to see a revolution in performance. Only 2% of surveillance cameras today use cellular connectivity, largely because 4G networks haven’t delivered the speeds needed to transport video efficiently. While 4G networks can bog down when there are dozens of cameras in a system, 5G offers the potential to have thousands of cameras in a deployment, all streaming UHD video in real time. Because a 5G network can carry massive amounts of data at lightning speeds over wide areas, it is also set to revolutionize analytics and machine learning, giving rise to new capabilities and business applications.

So, what will all these cameras be doing that they can’t do on 4G networks? Here are some examples of what 5G-enabled cameras will deliver.

5G networks are massively increasing the amount of data that can be transferred and downloaded, and this is transforming security possibilities. One company that specializes in security cameras for monitoring construction sites estimates that a full day of 4k security footage – from stationary cameras or aerial drones – can be downloaded on a 5G network in under five minutes; with 4G connectivity, the same transfer would take about two hours. As a result, capture-and-forward camera systems can operate much more effectively by delivering images in near real time.

5G networks can offer latency rates of just 1-4ms, and potentially even lower with private networks. This near total elimination of latency will enable real-time monitoring, with security personnel able to identify suspects and respond more quickly to events and emergencies. When coupled with real-time analysis, there is also much greater scope for automation, meaning cameras can detect events and communicate with other systems to initiate responses, whether it is sending an alert or activating an alarm.

5G offers a quantum leap in both speed and throughput, and this greatly expands the scope for video analytics and artificial intelligence. 5G supports 3D facial recognition technology that can work in low light or even dark areas, helping identify criminals and making cities and other urban areas safer. By integrating behavioral analytics, it may be possible to identify serious incidents, such as possible shooters or terrorists.

5G also offers enhanced mobile broadband (eMBB), which supports connections speeds that are 10-20 times faster than 4G networks. eMBB will enable streaming of high-definition video footage from vehicles travelling up to 300 miles per hour. With this capability, for example, a police officer responding to an emergency could livestream detailed footage from her bodycam while simultaneously downloading relevant information on the neighborhood, threat level or the potential suspect.

Connected cameras can play a role in improving how a city functions. For instance, AI-enabled cameras are well suited for traffic monitoring, whether its preventing speeding and dangerous driving or regulating vehicle flow. A city-wide monitoring solution also has the potential to increase safety, deterring criminals or antisocial activities in parks and other vulnerable spaces. During an emergency response, such as wildfires or natural disasters, aerial drones with UHD cameras can provide a vital set of eyes and ears for responders and relief workers.

These are just a few of the applications for surveillance systems connected via robust, high-speed 5G networks. Sierra Wireless is a one-stop shop for surveillance camera connectivity, offering a worldwide SIM that connects to 600+ partner networks in over 190 countries. Working with a single provider with a single SKU greatly simplifies large-scale IoT deployments, especially if they span different geographic regions.

The Sierra Wireless cloud-based management platform provides a unified view of all SIMs and devices in the IoT deployment. This makes it easy to monitor and manage the assets. Users can activate SIMs over the air and in bulk, which helps to streamline the provisioning process, or they can filter and categorize SIMS for faster and easier reporting. Data usage can be tracked, and subscriptions can be changed or updated at the touch of a button. Every feature in the portal is also available via application programming interfaces (APIs) and can be integrated with a user’s enterprise applications.

Sierra Wireless also supports Voice over Long-Term Evolution (VoLTE), which is delivered via LTE cellular networks. VoLTE technology allows cameras to be paired with bidirectional voice communication and has many applications in the security space. For example, a security guard might need to verbally warn someone who is about to commit a security breach.

The 5G era is coming. Companies and organizations that want to reap the benefits of this transformative technology should act now, and one of the first areas to address is connectivity. Reliable and resilient connectivity is the glue that will hold everything together, from video surveillance cameras to IoT devices and advanced sensors.

Sierra Wireless has been building wireless connectivity equipment for over a quarter of a century, and provides consulting services to help customers deploy it across multiple scenarios. Talk to us about how Smart Connectivity can enhance your commercial security deployment and Start with Sierra today.